In addition to our exclusive actors agency we have a huge experience in finding foreign actors from different countries for feature films, TV Series and commercials.

Feature film “Legend of the Escape”, Artbox Production Company — all foreign actors from Germany, the UK and the Netherlands, also a great work has been done in negotiating with Hollywood stars

TV series “Sandman”, United Media Group Production Company — all actors from Serbia and other countries of the former Yugoslavia

And many other projects.

Call us and write to us.

We will be happy to complete any task to help you with your project! 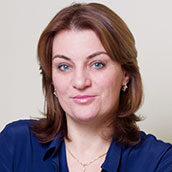